Hereâ€™s a little bit of info about the forth experiment of the series which will air on Friday Nov 11th. It comes from the press release:

Derren Brown returns to our screens with â€œThe Experimentsâ€, a brand new four part series for Channel 4. Each stand-alone episode asks and answers a single question regarding human behaviour, and features Derrenâ€™s inventive and jaw-dropping mixture of stunts, suggestion and thought-provoking entertainment.

In â€˜The Secret of Luckâ€™ the fourth and final show of the series, Derren investigates what makes some people lucky and others attract only misfortune. This episode takes the form of a documentary fronted by Dawn Porter who acts as Derrenâ€™s secret agent, and this time the subject of the experiment is an entire town. Together Dawn and Derren plant a rumour about the lucky powers of a local statue and watch as it changes the lives of the residents.

Remember to tune in this Friday for the second episode in the series, The Gameshow. 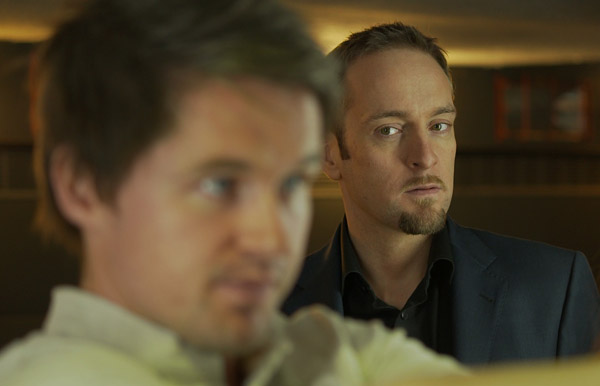 I have been asked by those who ask such things to remind you that tonight on C4, 9pm is the first episode of my new series, Derren Brown: The Experiments.
We kick off with ‘The Assassin’. Here are some teeny teaser clips of tonight’s show which you may or may not enjoy.

What larks. Please enjoy the show.