According to the Mirror:

It could be a load of old balls, but illusionist Derren Brown reckons he’ll predict the Lottery numbers live on TV just minutes before the draw. In a 10-minute Channel 4 special on Wednesday, broadcast at the same time as BBC1’s National Lottery Live draw, Brown will try to PICK the six numbers correctly.

The mind-bending performer promises to reveal his technique to viewers in an hour-long follow-up programme on Friday. Brown, 38, admits: If this one goes wrong, it could be a career-breaker. Wednesday nights jackpot stands at £2.4million, but C4 bosses have banned Brown from buying a ticket.

Last night he told the Mirror: “I realise there are a lot of questions this brings up and I hope they will be answered on the Friday night follow-up show. For now, Im really excited and really nervous.” 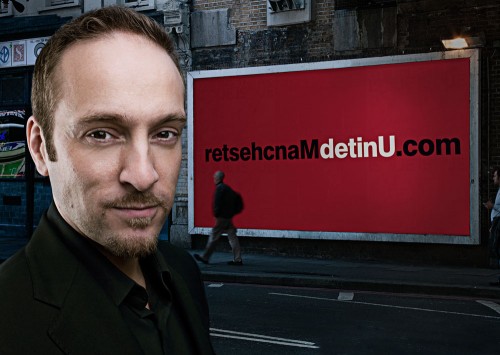 Doing an interview with someone who can’t talk freely about their latest project can be problematic. Especially, if you’re interviewing them about, um, their latest project. But when the person being interviewed is Derren Brown, the extraordinary psychological illusionist, you have to accept that normal rules don’t apply. You can also be sure that, when the series does come along, you’ll spend much of it with your jaw on the floor. This is the man who has done much to make the world of magic and illusions cool again, following the hackneyed routines of a generation of TV magicians in ill-fitting brown velvet suits.

Here, Derren Brown reveals (a little) about his new series, and explains why it will have viewers stuck to their seats. Literally.