Tickets for the Wycombe Swan have just gone on sale. For those of you in the Buckingham Â area who’ve not been able to get to London – now is your chance.

Click here to book tickets as they are likely to sell out fast. 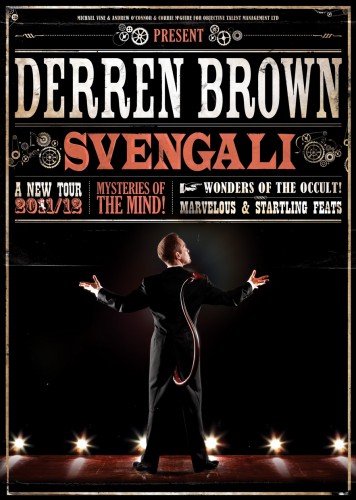 Derren’s 30 day run at the Shaftesbury Theatre, one of the biggest in London, now begins. JUNE 8th until JULY 16th will be your last chance to see Svengali in 2011. After 73 days of travelling the country the show is at its best and will reside in London for 30 days.

Tickets available here – but please hurry as they are going fast: many dates are already sold out and some others only have a few seats left!

Also announced is the NEWCASTLE THEATRE ROYAL on May 7th 2012. Tickets goÂ on sale (7th July).

It is an unfeasibly hot day in Bournemouth. I’ve brought iPad, ordinary pad-pad, and a couple of books down to a stretch of water where wealthy, sockless middle-aged men in chinos and striped T-shirts are drinking afternoon champagne and boating with their similarly-striped, dramatically over-sunglassed female equivalents. I have never been the boaty type, but as one is grabbed under the armpit and dragged screaming and spitting through the supermarket aisles of life towards middle-age, it is comforting to find such self-contained communities of the griseous enjoying themselves with such opulent, rickety abandon.

My only worthwhile boating memory is from my twenties: that of hiring a rowing boat with my friend Joe in the Lake District. ‘Hiring’ is an optimistic term: the arrangement was that we would pay for the jaunt upon our return when, I imagine, the boat-man would know how long to charge us for. We rowed in the rain and sun, swigged Talisker from the bottle like the hardened seafarers we imagined we were, and played loud upon our harmonicas; then, when we realised too late that time was too short and the jetty too far to return to, we sailed on towards the train station we needed to reach, tied up the boat now several miles from the hire point, took a self-timed photograph of us stood triumphantly by the vessel we were abandoning, and fucked off home.

It was one of the best days of my life. Promises were made to myself to row more often, to canoe regularly, and to live the life aquatic. None of this came to pass. Instead, I have framed in my office, and holding pride of place, a glorious souvenir of us in our rain hats, flanking our boat and beaming.

Bournemouth, for readers of ‘Confessions’, was also home to my occasional Christmas family holiday at the Water’s Edge Hotel. My grandfather would treat us all to a few days by the sea. I had tried to find a picture of the hotel but found that it had since been pulled down. I am indebted to one Dean Watson, who found and emailed an old picture of said hotel and in doing so awakened some happy memories.

(On the subject of thank-yous: I received a copy of ‘Twitterature’ and a letter from a chap who worked at a book factory near or in Oxford: if you are reading this or might know him, I apologise profusely for losing your/his address. Do email me through this site.)

With just two more days of touring remaining, I shall miss the delights of new towns and lazy afternoons in eagerly acquired local haunts. The upcoming Shaftesbury Theatre London run brings with it its own peculiar pleasure, but somehow with TV concerns and other intrusions, the days don’t quite remain as carefree as I intend them to. There is, though, the private love of feeling part of a largely nocturnal stratum of London life known only to a bunch of actors and performers; a feeling of inclusion in something subterranean and steeped in joy. For a month and a half, one becomes part of London Theatreland, and for a lover of said theatre, that’s rather giddying. There are the concomitant delights of having ones social calendar cleared, save for lunchtime meets with those who might find themselves free in the days for the same reason, and of having a new home in the faded glamour of a west-end dressing room, available to make hospitable and homely according to ones whim. Of finding out who from the ranks of fame or friends might be in attendance that night, of stocking up on wine and treats to offer should they ‘come round’; meeting actor friends from other shows and discussing the idiosyncrasies of our audiences from that night; and of being on first-name terms with the doormen and waiting staff of local late-night clubs and eateries that cater for the post-show social artisan.

For my little crew it will be a blessed relief not to have to install and de-rig the set for six whole weeks, and for us all it will be a pleasure to tidy, make shiny, then primp and pimp the set with any extras which have been waiting for the convenience of the break to be installed. The show is always at its best in town. After a couple of day’s grace in which I will once again feel my bedroom carpet under my feet, perhaps watch a late-night movie with my beloved, and, excitingly, start painting a portrait of our very own Mr. Coops, the show will once again go on. A few nights to get up to speed, a press night, the reviews later that week which I won’t read (but will ask my director and PR personage for a general overview and to report any concerns worth attending to), and then the pleasure and challenge of re-creating the show six nights a week for a further six weeks without letting it ever feel like I’m merely repeating it.

Svengali, despite an error in the London Metro to the contrary, runs from June 8th to July 16th. Booking details and links are on this site. If you do come I hope very much that you enjoy it at least as much as I do. Before then, I shall soak up this impossible Bournemouth sun while I can. 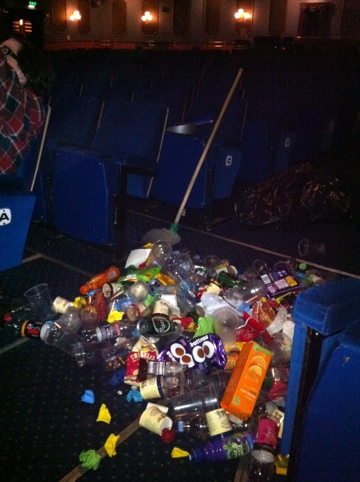