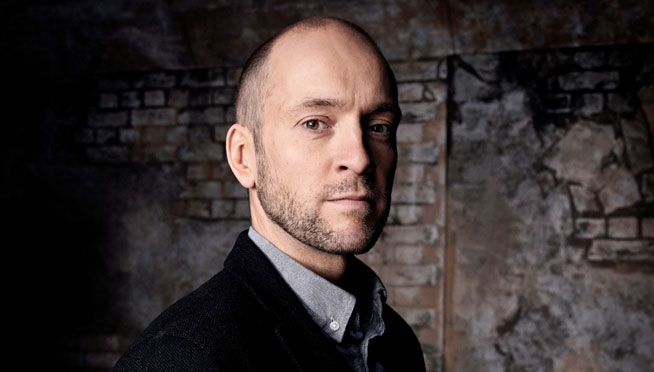 Thursday was the official press night for DERREN BROWN: INFAMOUS and the reviews are now in!

Andrew Tomlins, for West End Frame, writes:
“I am still shaking my head in disbelief at what I witnessed.”

Kate Stanbury, writing for OfficialLondonTheatre.co.uk, reflects:
“His talent for storytelling and inherent sense of humour adds an element of stand-up comedy to the production, making the performer compelling to watch even when he isn’t warping logic beyond recognition.”

Sarah Bull, of The Daily Mail, observes:
“It is on the stage that he really comes alive – relishing the chance to stun and baffle his audience.”

Mark Shenton, for The Stage, writes that the show is:
“As bold and brave as it is constantly unnerving”

Comparing Derren with the stand-up comedian Daniel Kitson, Dominic Cavendish, for The Telegraph, writes: –
“There’s a depth of intelligence in what they get up to on stage…a relish for the poetical and the philosophical too that easily stands comparison with the finest drama.”

Nadia Mendoza, for the Daily Star, writes:
“Derren’s exquisite skill is nothing shy of sheer genius.”

Richard Voyce, for PlaysToSee.com, comments:
“The fact that he even has the stamina, let alone the sheer talent, to make us believe that he is doing what he is doing night after night is a feat in itself.”

Abby Moss, writing for Planet Ivy, writes:
“Go see Derren Brown if you like being so confused that you resort to violence, like an angry bear trying to get into a coolbox.”

Peter Brown (no relation), writing for londontheatre.co.uk, describes Derren:
“This is a showman of the very first order…make no mistake of that.”

Fiona Mountford, for the Evening Standard, announces:
” master mentalist is back in the West End and he’s here to mess with our heads.”

Elly Perry, writing for The Upcoming, notes:
“Brown is a very clever man and slightly bonkers.”

Carole Gordon, writing for What’s On Stage, reminds us:
“Just be grateful that the likable Brown is using his powers for entertainment and enlightenment, and he’s not sitting in a remote mountain lair, stroking a white cat and plotting global domination.”

The dark manipulator brings his unique brand of magic and mind control to the Palace Theatre, Shaftesbury Avenue, for a limited season from June 24 to August 17. INFAMOUS is the sixth in Derren’s historic series of live shows, which have seen by over one million people.