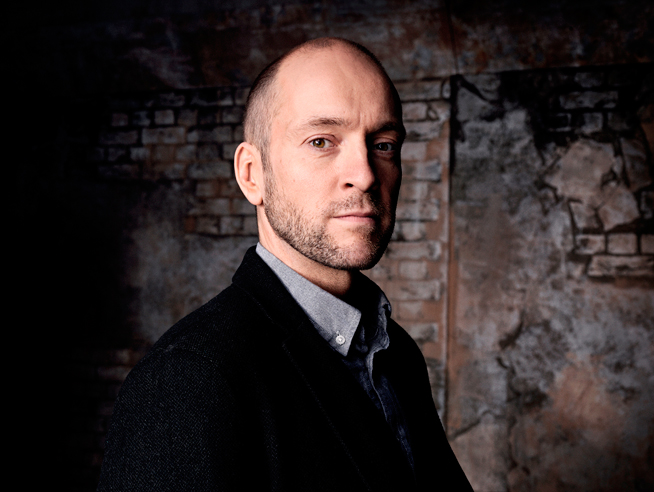 For the first time ever, New York audiences will be able to experience Derren’s unique blend of mind-reading, suggestion and psychological illusion live and on stage in a brand new theatrical experience.

“What Mr. Brown does is find or impose patterns within or on the chaotic whirl of life, making an immense and varied group of people feel, if only for a moment, ineffably connected.”
— Ben Brantley, The New York Times

Derren Brown: Secret is a brand new production from the acclaimed British performer and author who will make his American theatrical debut at Atlantic Theater Company. In the UK, Derren Brown’s critically acclaimed shows have played sold out runs in the West End and won two Olivier Awards.

Be part of the startling world of mind-reading, suggestion and psychological illusion at the hands of UK phenomenon, Derren Brown. This spellbinding theatrical experience challenges us – in the most jaw-dropping way – to take a closer look at the stories and beliefs that guide our lives.

Secret is not suitable for children under 12.

Schedule:
Tuesday at 7pm, Wednesday-Saturday at 8pm, Saturday and Sunday at 2pm.
No Sunday matinee: 4/30
Added performance: Sunday 4/30 at 7pm

Passports can be purchased online at www.atlantictheater.org/passport/, by calling OvationTix at 866-811-4111, or in person at the Linda Gross Theater box office (336 West 20 Street between 8 and 9 Avenues) Tuesday through Saturday from 12:00 – 6:00pm.