Oh Em Gee. What a wonderful two nights. After being warned that Edinburgh audiences would be tough (apparently due to a weariness and over-seasoned-ness following so many fine fringe performers), we had the most overwhelmingly enthusiastic response of any venue. The 3008-strong sold out Playhouse let rip both nights when I walked out and didn’t stop until after their fantastically appreciative and immediate leaping-to-feet-twice response at the end. Many thanks, we were all on a real high because of you lot.

I spent most of the time with the glorious parapsychology duo Richard Wiseman and Caroline Watt, discussing ghosties and exploring the city. And what a stunner it is. A personal highlight was visiting the Camera Obscura up by the castle: well well worth a visit and the finest I’ve seen.

Our hotel was a bit of a downer: Edinburgh lets the side royally down on the normally glorious MalMaison front. ‘Poor Diddums’, I hear you protest. ‘Was the poor telly-welly star not looked after by the hotelsy-welsy? Did he not get the right champagney-wagney in his roomikins?’

Well, it IS a poor sister of the other MalMaisons (no aircon, the wifi is broken and no-one seems arsed to fix it), but no matter there. All that matters is friendliness. We had come from the Roslin in Southend, which is very modest in comparison to the purple sumptuousness of a MalMaison, but was so extraordinarily welcoming throughout. This is such a treat, and trumps such meaningless peripherals as fancy decor. The MalMaison chain is always so friendly too: Liverpool, for example and not surprisingly, boasts probably the most friendly of the chain. In Edinburgh, aside from the few local bar and restaurant staff, the attitude was uniformly sterile. First night after-show conversation at reception:

(me): Hello, can we have a bite from the night menu in the bar?
(reception guy, East-European accent): No, only in your rooms.
(me): Ah, do you have some room where we can eat together? We stay in a lot of MalMaisons and they always pop us in a side-room when they can’t serve in the bar.
(him): No.
Pause
(me): Do you have a little meeting room? Normally we’d sit in a meeting room if there wasn’t anywhere else, just to have a bite.
(him): We have a meeting room but no, we won’t do this.
(me): Brilliant, thank you.

And so on. Rather like our similar experience in Buxton, it’s a real shame how all the poshness and carpeted walls and silly tall chairs in the world mean nothing when some member of staff can’t just be nice. I remember fondly the Wolverhampton Novotel last year: a fairly grim hotel by the normal standards, but made wonderful by the most friendly and helpful staff. Thank you, any of the lovely men and ladies who have made our hotel stays so pleasant.

The big plus of staying at the MalMaison, though, was discovering Fishers at Leith, the Edinburgh fish restaurant and all-round institution, which was right next to the hotel. You simply must get your fine, shapely arses down there if you’re unfamiliar. Or familiar. My dear sweet non-existent Supreme Being. Oh. Oh oh oh. Fish soup? Think you’ve had fish soup? Get OUT.

Get to Fishers, have soup, the seabass, have any of it; go see Luke or Eddie and tell them I sent you. And the friendliest bunch! So delightful, in fact, that we invited them to the show and I ended up drinking a fine Barolo back at Eddie’s girlfriend’s friend Fiona’s flat after the show with their gang… a long story. Much fun.

We have arisen too early after a late night to drive to Bradford. The snow on these A-roads is fantastic. But we’re tired. If we don’t make it, it’s because Coops fell asleep at the wheel.
Fingers crossed. 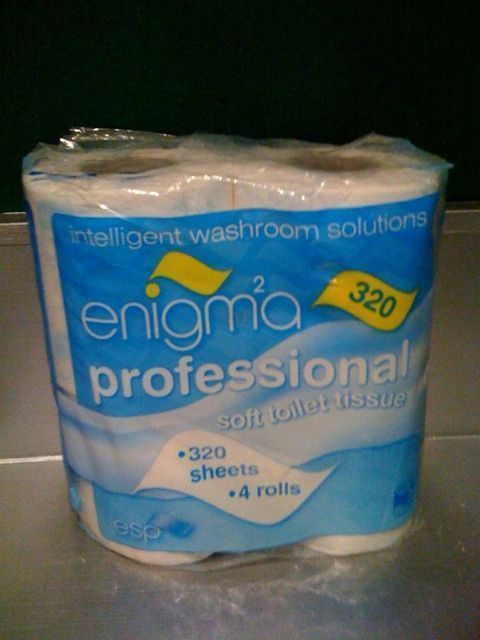