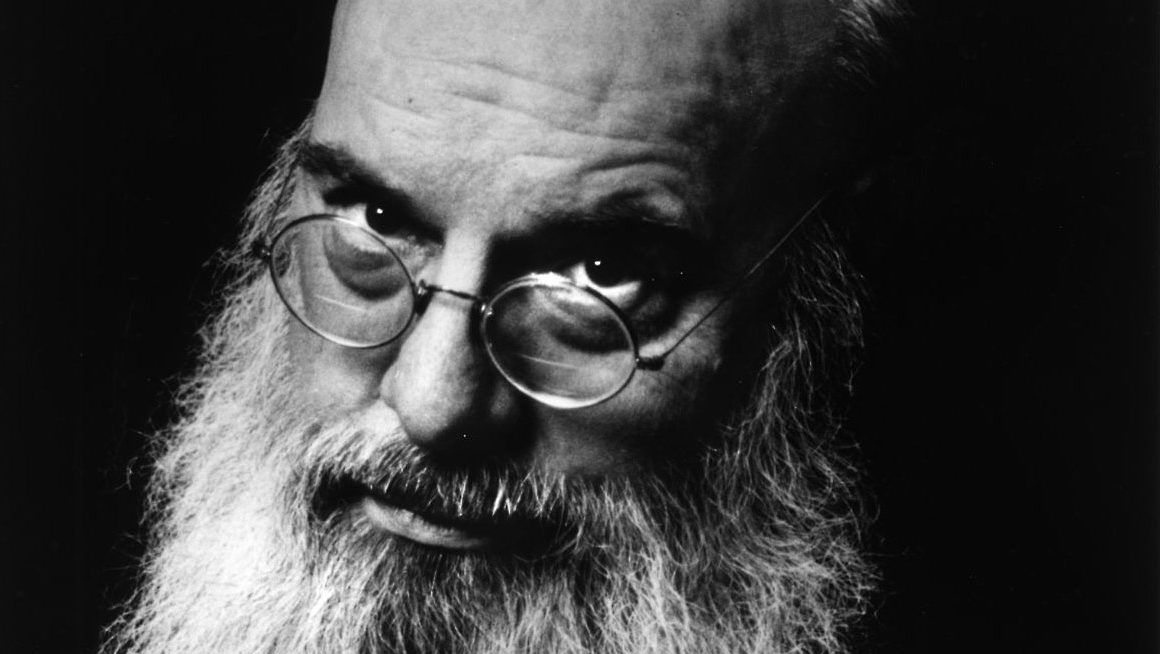 The death of Eugene Burger, a legend of modern magic, has just been announced.

Much will be said in the magic community about Eugene’s passing. I cannot think of another figure in our strange and wonderful world who was (and is) as loved, who loved as much back, or who truly gave himself up to the stuff of mystery. He inspired a generation of close-up magicians – including me, very directly – and will continue to do so. When I first met him as a novice, he taught me a great lesson in how to make magic feel special. We later became friends, and though I lived too far away to count myself amongst his close companions, we would see each other when we could and had a lot of love for each other.

Yet there is something else surrounding his death that has struck me, which may be passed over amidst the eulogies, and may even sound a little strange to say now. And that is, that his death was somehow suitable.

As a magician, Eugene was a master storyteller. His magic hooks you in because it weaves a narrative around the possibility of deep mystery. In life we weave stories continuously: in order to navigate the infinite data source of our environment we must edit and delete and reduce an active, messy world to a neat story that makes sense of what’s going on. We tell ourselves stories of who we are, how we got to where we are, what we want, what other people want, what they think of us. If we are mindful, we might try to see our story-telling capacity at work, and remind ourselves that we are continuously twisting the facts to fit whatever story has gripped us. We should of course own our narratives, but we might also choose to be aware that they remain just that, otherwise they have a tendency to own us.

Eugene seemed to be a man in charge of his own story, yet mindful of its contingency within a world of deep mystery. When we are not, we are usually beset by needs and forever chase external approval and goals that continually elude us. By comparison, Eugene lived with a minimum of possessions (he knew little of the collecting mania which drives many of us in our field) and seemed to have no particular ambitions beyond the grateful enjoyment of the here and now. If you know his work but never met him, he was exactly as you’d want him to be, and then some. I found this almost too good to be true: I wanted to understand how the love for magic could continue to run so deep in this brilliant, philosophical man, without a hint of the weary cynicism of which we are all guilty. How it was to find his only family in the magic community. But throughout, there was only the warmth and ease of a man very at home with himself and his world. I never felt even a hint of the bitterness one might expect from a magic legend who remained more or less unknown to the public at large. There was no suggestion of jadedness, or pretension, or the bewildering egomania that pervades our craft. He had of course his distinctive look, but he was never affected, never contrived (after all, he always had that look: I imagine he emerged with beard and garb fully dressed from the womb, greeting a world that would come to adore him with a rasping basso tremendo). The aura that surrounded Eugene (on stage as well as off) was one of twinkling mischief, of naughtiness, of gravitas without solemnity. Perhaps most powerfully he carried that air about him that the most charismatic actors often bring to their parts: that of I have a secret. It was irresistible.

He appeared to me a man profoundly at home with himself; one who had made a comfortable space for whatever demons still undoubtedly announced themselves on occasion. And unheard of for a magician: he didn’t try to impress. But his masterstroke of story-telling was that of his ending.

Mystery lies in ambiguity. Eugene said towards his end that he was excited to finally meet the Big M Mystery. How profoundly that statement must have moved his friends; how beautifully a lifelong reverence for mystery served him at the end. It is in our last chapter of life that the importance of authoring ones narrative is paramount. When a book or film ends, it makes sense of what has come before. When a life ends, there is no meaning: often only absurdity. We have to find that meaning for ourselves. It is hard to do this if we see death as a terrifying stranger rather than as a companion, and nothing in our culture encourages us to make our peace with its ever-presence. Since we proudly stripped away superstitions from our thinking a few hundred years ago, we have all but lost touch with any cultural narratives that provide a sense of meaning around death. Hence the proliferation of mediums and psychics, who step in to provide some tawdry semblance of significance. Eugene’s séances by comparison offered only further mystery.

So we scrabble blindly when death approaches, and in doing so, we often become cameos in our own stories. The main roles are given over to doctors or loved ones who make decisions for us and above all try to prolong life, which is quite different from preserving its quality. The only narrative the dying person is offered today is that he or she is ‘fighting a brave battle’, and this only helps the healthy onlookers feel a little better. For the terminally ill person it is an imposition, which adds pressure to seem brave for everyone else’s sake. And of course it presupposes eventual failure.

I could not read his mind, despite the promises of our professions, but by all reports Eugene died as a man in charge of his own story. I spoke to one of his dearest friends (and doctor) soon after his passing: I am told Eugene had nothing but deep gratitude for a life that surpassed all his expectations. Unattached to possessions, he adored the hospital rooms with which he had become quite familiar, marvelling at the food and how well he was looked after. Mortality had become a comfortable theme for him, and when a cancer diagnosis came he declined to fight it with chemotherapy. Pneumonia arrived instead, and continuing the theme of a life well lived, he took a quiet ownership of death too. A lifetime of loving and of gathering people together meant that he finished his life in the way he wished. He died very well.

Finally, it’s rare one gets to choose ones family, but Eugene was able to do this. And this family of close friends will now miss him terribly. Yet nothing that burns so brightly is snuffed out easily. Eugene deeply affected so many people: those dearest loved ones and partners in magic, his friends, his students, those who have learnt from his books and videos, the audiences who have loved his performances, and the magic world which will honour him. Eugene knew that the self is not fixed but malleable, ambiguous and situated: it extends into the world. So we should honour this. He is not absent: we can still find him in all of those people. When we die, we leave behind an afterglow in the hearts and minds of those who loved us. Eugene’s afterglow will be felt for a very long time.

Those who were closest to him will recall and settle in their reveries of Eugene; they will now and then feel what it would be like to be him, to laugh at what he would laugh at, to react or raise an eyebrow or ponder a thought in his way. When they do, they will recreate in themselves the particular pattern, the unique twinkling consciousness that defined him. The more sympathetically they knew him, the more him it will be. And maybe this is where we find the Big M: perhaps it is something to do with the love between people that provides the mechanism for the self to survive death in the only meaningful way we know.

In those moments, in each of those imperfect, invisible versions of Eugene that will spring into life within those who know what made him him, his distinctive Eugene-ness will appear again. And again, and so on, through all of us, and over a very long, slow fade.