Three lovely nights in Sunderland. Great audiences and a lovely theatre. Thank you very much if you were there. After the fun with the broken mic and a cut finger the first night, the other two went pretty smoothly.

We stayed in the Newcastle Malmaison, which was just fantastic. A bottle of champagne and a concerned letter were awaiting me from the Edinburgh management which had come across the blog. That was very sweet of them, and made me feel a bit guilty.

One of the many delights of the Newcastle hotel came in the form of an unnamed Martini. I sometimes like to request a chocolate martini, asking the barpersonage to make whatever he or she feels fits that term. Sometimes you get clear, subtle versions; sometimes thick gloopy brown lovelinesses. The fun is never knowing what you’ll get. You might like to try it. The talented and splendid Aoife brought back three wildly different versions which we all tried after our late soup and sandwiches. All three amazing. We decided on the brown version, and set about discussing names for the cocktail. I suggested a ‘Brown Maltini’, liking the name of a drink named after me. Understandably, the ‘Brown’ bit felt a little cloacal for a drink name. We couldn’t decide, so I suggested that I might open it up to my bright and enlightened blog followers to suggest a name.
The picture attached shows Aoife with the drink (after I had quoffed half of it), and she has kindly allowed me to share the recipe:

Garnish with choc powder.
Shake with ice and strain into martini glass.

Very tasty. Not a true Martini of course, of which I am very fond too, but a great, if outwardly girly, treat at the end of a long night.

If you have any suggestions for a name, please email alice.richardson@hotelduvin.com; you have about a week to bother them. No guarantees that any of the suggestions will make the menu, as it may have just been one of those 1am conversations that sounded like a good idea at the time. Rather like that small business you were going to start up with a friend. But they’re happy to take suggestions, and they’re the loveliest people.

Thank you, Newcastle Mal. Sting was staying there as well, apparently, which is pretty damn exciting in my book.

We’re now in Milton Keynes and I have my face in a big steam inhaler. Just had the 30 min call. Must dash.

x
PS I realised that in the blog about Bradford, when I said that in previous years ‘Dublin Olympia kept their bar open too’, it sounded like I was saying ‘as well as Bradford’. Poor and ambiguous wordage on my part, and apologies to St George’s Hall for not checking and re-wording. Meant only that Dublin left the bar open (understandable for what is really a music venue) as well as had people getting up to use the loo, which I had just been talking about. In fact the two go hand in hand…
Dublin will be extra fun this year anyway: a spanking new Grand Canal theatre we’re all eager to see. Ta-ta. 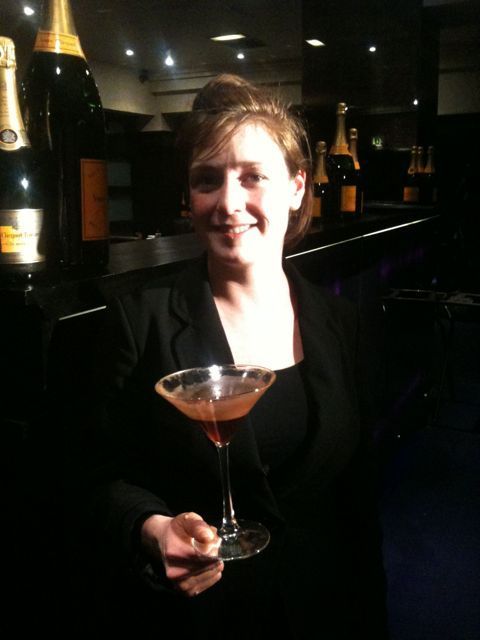