I’ve been spending a bit of time in my painting studio. I thought I might update you. Twitter followers will have seen a shot of me painting the pianist James Rhodes. Here we are: 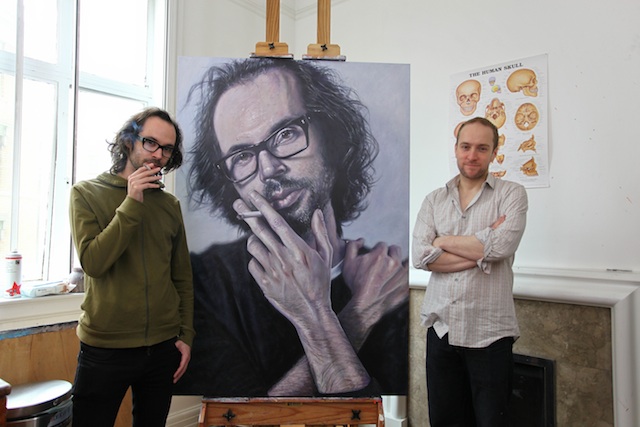 And here’s a better shot of the painting itself: 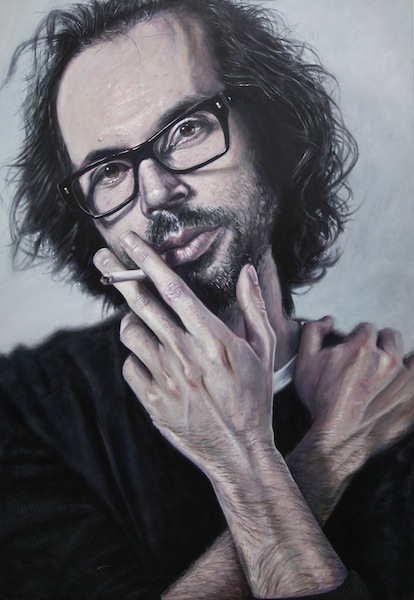 They’re acrylic on canvas. I’ve also been back and worked on the portrait of my father. Here it is, about the same size (5ft high) as the one of James: 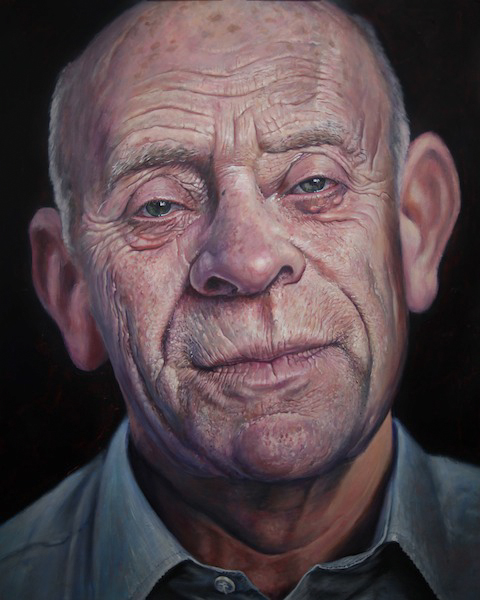 and, for those who enjoy such things, a bit of detail: 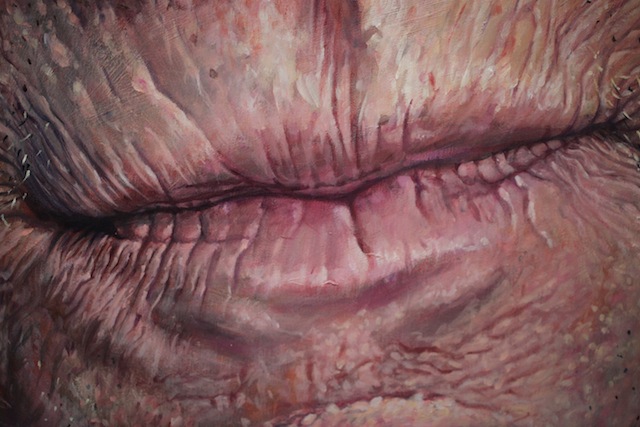 Next up is actor friend Michael Sheen. I’ve taken a few shots and I’m about to get started. (I always take my own photographs and work quietly from them in my own time, as I only get a few hours here and there to paint). I’ll let you know when it’s done. What a great guy to paint. I can’t wait.

There are a few more pictures of portraits (including some of the older caricatures of Rufus Wainwright, Tom Waits, Clint Eastwood et al) on the artwork page of the main site. I’ll let you know here next time I have an exhibition: should be one next year somewhere.

Right, Merry Christmasses or just Happy Holidays, depending on whatnot. Ta-ta for now.

Every now and then I have a conversation with someone who has seen a couple of my shows, but hasn’t read my books or writings, and believes I claim to do all sorts of things that I really don’t. As I had such a discussion last night, and as I’ve been talking about the importance of testing psychic claims that could be fraudulent, I thought I would clarify a few points regarding my own work for anyone in any doubt.

Firstly, regarding the ‘tricks’ as performed in the older shows:

1. I have never used stooges. People generally imagine I must do if they can find no other explanation. But I don’t: it would be artistically repugnant, totally unnecessary, impractical, and would spell career suicide.

2. My techniques are rooted in conjuring magic and hypnosis. All else is most likely misdirection and should be taken with a hefty pinch of salt.

3. I have never claimed to use NLP to achieve my ‘tricks’. On the contrary, I have written very critically about it in ‘Tricks of the Mind’. I reserve the same scepticism for subliminal messaging, as well as a lot of body-language reading and the like.

Now, I have largely moved on from performing those sorts of tricks. So, as regards the specials, such as ‘The Experiments’ and others:

1. Again, the people used are never stooges or set up in any way. They generally apply through an open audition process, whereby we meet or interview them and look at various qualities they possess which would be useful (for example their jobs, beliefs, or how suggestible they are).

2. The contributors are always psychologically screened if they are going to go through a ‘tough’ experience. Without giving away what the show is, or giving them any clue that they will be used in it, we arrange for our preferred participants to have interviews with an independent psychologist who ensures that they will be ‘robust’ enough for the show. This is an important part of our duty of care, which we take very seriously throughout the entire process of making the programmes. And the ‘heroes’ of these specials always emerge exhilarated and delighted to have been part of it.

3. If I make a statement on these shows, it will be true. Nowadays, the Channel 4 lawyers check every word to make sure there is no misleading of the viewer: this is a huge issue in the TV industry at the moment. The joke in the office is that a magician can’t even say ‘this is a normal deck of cards’ on TV nowadays if it isn’t, and I don’t think that’s an exaggeration.

I know that fans will know all this already, but it’s always worth repeating. Have lovely days and enjoy tonight’s show if you’re watching.

Frustratingly for Sally, her explanation may of course be fair. To be honest, if I were a fake psychic and wanted to use an earpiece to receive my cues, I wouldn’t put my assistant in the lighting booth where in-house staff would normally work. There would be the advantage of receiving visual cues, but my preference would be to tuck him away safely backstage somewhere. Unless, that is, I was supplying all the crew for the show, in which case it END_OF_DOCUMENT_TOKEN_TO_BE_REPLACED

I have been asked by those who ask such things to remind you that tonight on C4, 9pm is the first episode of my new series, Derren Brown: The Experiments.
We kick off with ‘The Assassin’. Here are some teeny teaser clips of tonight’s show which you may or may not enjoy.

What larks. Please enjoy the show. 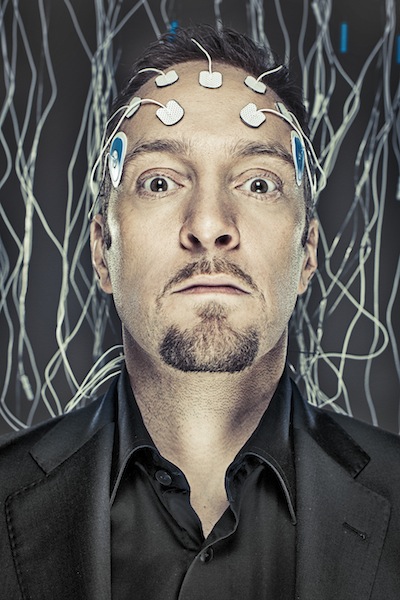 I have, these past few months, been secretly ferreting away on a new series of four weekly specials (and theyÂ are specials) for Chanel no. 4. I have been up to all manner of no good, hiding out here and there and making people do all sorts of dreadful things. Trailers and whatnot will be emerging very soon, but I wanted you to hear it here first.

The shows are called Derren Brown: The Experiments. The â€˜Derren Brownâ€™ bit, youâ€™ll be immediately relieved, refers to me; the â€˜The Experimentsâ€™ part is what they are. Each special is an ambitious sociological experiment, in which the unwitting subject is a single person, a crowd, or even an entire town.

Unlike previous shows, these are driven by open-ended questions. They are experiments into whether certain things are possible, or what would happen if certain situations arose, or how people might behave under certain conditions. Three of the four very much look at the darkest edges of human behaviour, and given that, Iâ€™m sure thereâ€™ll be all manner of complaints. I, meanwhile, am rather fond of them.

Weâ€™ll be posting all information here on this site first. Details of the first show should be here tomorrow.

The Experiments start on Friday, October 21st at 9pm, C4.

I do hope you enjoy them.