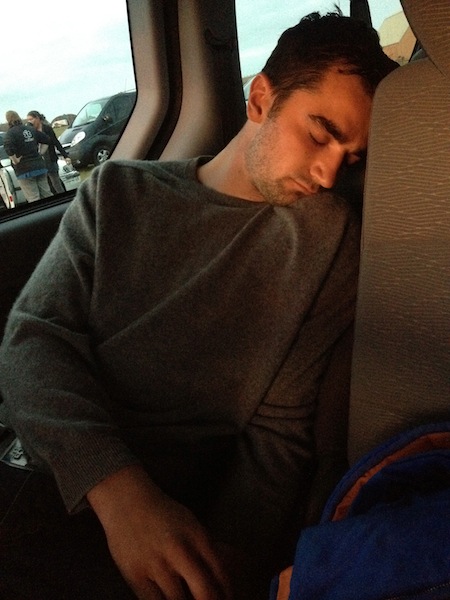 Below we have a lovely Q&A by that young layabout from Derren Brown: Apocalypse (YEAH, DERREN BROWN: APOCALYPSE NOT STEVEN BROSNAN:APOCALYPSE THOUGH YOU’D NEVER GUESS IT WOULD YOU?). Steven asked his now roughly 15,000 followers on Twitter to send in any questions they wanted to about his experience and he has answered the most common ones below. I’m posting it here for him exactly as he wrote it, as he doesn’t have a blog.

Meanwhile, part 2 of Fear and Faith – and the final instalment of this year’s television from your occasional blogger – happens this Friday at 9.

I sent out a tweet asking if there was anything you felt that was unanswered, I’ve answered a few of the most popular questions to try and help ease your understanding.

Why didn’t you attack the infected?

I get asked this the most. You have to remember that this is not a Hollywood movie, I’m not Bruce Willis. This was real and I’m not a violent person. When watching the news report, they said the infection could be passed by any form of contact. I wanted to avoid any possible interaction with the infected and stay as far away from them as possible and fortunately there was no situation in which I had to defend myself or anyone else from them.

At any point did you think it was fake?

No, everything I went through I was fully immersed in what I was doing. I was in the middle of an apocalypse and I was trying to get back to my family in Wales before the border shut.

Are there any negative effects?

There are no negative effects whatsoever. No nightmares or flashbacks. Everything I have gained from this event in my life has been positive and I’m glad I went through it all to change me into the person I am now.

Were you angry at the reveal?

No not at all, relief and happiness were the main emotions going on when everything was revealed. Looking back on my experience I have no regrets or bad feelings towards anyone involved.

Did you ever think of giving up?

No, not at all. The biggest thought in my mind was getting to Brecon.

What did Derren say to you on the phone to make you fall asleep?

I don’t know, simply put. Last thing I remember is picking up the phone off the table.

What was your scariest moment?

What did you think of the infected?

I was ruddy scared of them, but when they weren’t scaring me I did feel kind of sorry for them, not knowing fully what they were and thinking I wouldn’t want to be one of them.

It was a little weird, as I watched I could feel the same emotions from when I was there. But overall I was quite comfortable with it.

Did you find anything embarrassing?

Yeah of course, think it’s embarrassing when one person catches you picking your nose? Try a whole nation, I laughed it off though.

What did you eat and drink?

There was tons of canned food in the bunker, and plenty bottles of water.

Where did you go to the toilet?

Surprisingly popular question. In the program you can see a row of portable loos to the right of the bunker entrance, that’s where I went.

Was there anything they didn’t show?

Yeah I made a few hilarious jokes which never made the cut. But as you could imagine with almost 2 days of filming me there was a lot of footage and with only 2 hours to show it, they can’t have everything in there, really though there was nothing extra I wish they could have put in, the editing team did a great job.

Is your bedroom tidy now?

My bedroom is incredibly tidy now; it’s hard to have a clear mind with a dirty room.

Did you ever get to see The Killers?

Yes! I did! They were amazing! Derren and the team were very kind and managed to get some tickets for me. I was very wary of getting on any busses this time though.